why this is important

matching up Matthew and Revelation demonstrates that God can weave subtle relationships and ideas into people's minds as they work towards a common goal. in this case the goal is to spread the gospel message of Jesus.

the eternal kingdom of God will grow without end. God will work with us and through us to achieve this. we will have the seal of God in our foreheads for all of eternity.

Posted by Unknown Soldier at 7:56 PM No comments:

The idea is that Matthew and revelation can be matched up sequentially by contiguous sections of text. Matthew 1 through 25 matches up with Revelation 1 through 22. There's one small place in Matthew that does not match anything in Revelation, see if you can find it.

In some places whole chapters match up nicely for instance Matthew 10 and Revelation 7, but this is the exception rather than the rule. It would be nice if chapter 1 matched chapter 1 and 2 matched 2 and so forth, but they don't.

You can read these blog entries to piece it together or figure it out for yourself, you decide.

The two blogs cover the same subject matter but in different ways.
Posted by Unknown Soldier at 4:49 PM No comments: 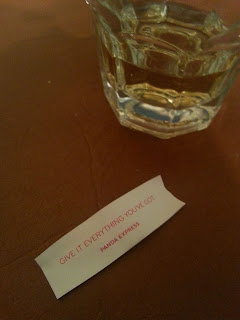 This one's tricky, take your time.
Posted by Unknown Soldier at 5:50 PM No comments:

[1] And Jesus answered and spake unto them again by parables, and said,
[2] The kingdom of heaven is like unto a certain king, which made a marriage for his son,
[3] And sent forth his servants to call them that were bidden to the wedding: and they would not come.
[4] Again, he sent forth other servants, saying, Tell them which are bidden, Behold, I have prepared my dinner: my oxen and my fatlings are killed, and all things are ready: come unto the marriage.
[5] But they made light of it, and went their ways, one to his farm, another to his merchandise:
[6] And the remnant took his servants, and entreated them spitefully, and slew them.
[7] But when the king heard thereof, he was wroth: and he sent forth his armies, and destroyed those murderers, and burned up their city.
[8] Then saith he to his servants, The wedding is ready, but they which were bidden were not worthy.
[9] Go ye therefore into the highways, and as many as ye shall find, bid to the marriage.
[10] So those servants went out into the highways, and gathered together all as many as they found, both bad and good: and the wedding was furnished with guests.
[11] And when the king came in to see the guests, he saw there a man which had not on a wedding garment:
[12] And he saith unto him, Friend, how camest thou in hither not having a wedding garment? And he was speechless.
[13] Then said the king to the servants, Bind him hand and foot, and take him away, and cast him into outer darkness; there shall be weeping and gnashing of teeth.

[10] And he saith unto me, Seal not the sayings of the prophecy of this book: for the time is at hand.

[12] And, behold, I come quickly; and my reward is with me, to give every man according as his work shall be.

-
Here are some snappy comebacks. Being speechless seems only slightly better than bragging about your works, which apparently ends in the lake of fire. (Matt 7:22-23)

must you remind me? the traffic was unbearable getting here.

I knew I forgot something, to stop at the dry cleaners.

I was hung over from the last wedding party and forgot to get it dry cleaned. forgive me.

I have a feeling we've been through this before, but give me one more chance.

those ropes are completely unnecessary. I'm sure we can work something out.

there was no mention of a wedding garment in the invitation. see I have it right here.

if you say nothing you're doomed.

maybe He'll only tie one hand behind your back and throw you into the twilight zone.

[15] Lord, have mercy on my son: for he is lunatick, and sore vexed: for ofttimes he falleth into the fire, and oft into the water.
[16] And I brought him to thy disciples, and they could not cure him.

[15] And he saith unto me, The waters which thou sawest, where the whore sitteth, are peoples, and multitudes, and nations, and tongues.
[16] And the ten horns which thou sawest upon the beast, these shall hate the whore, and shall make her desolate and naked, and shall eat her flesh, and burn her with fire.

-
Posted by Unknown Soldier at 6:22 AM No comments:

Did you hear that?

Posted by Unknown Soldier at 8:31 AM No comments:

[8] But other fell into good ground, and brought forth fruit, some an hundredfold, some sixtyfold, some thirtyfold.

[8] And all that dwell upon the earth shall worship him, whose names are not written in the book of life of the Lamb slain from the foundation of the world.
Posted by Unknown Soldier at 4:36 PM No comments: